What is sleep apnea?

The form of sleep apnea that affects most people is called obstructive sleep apnea, a condition in which the soft tissues in the back of your throat collapse while you sleep, blocking off your airway.

This blockage cuts off your brain’s supply of oxygen, which causes it to rouse you to clear your airway again. The problem is that this same cycle can happen over and over, sometimes dozens of times every hour, preventing you (and your bedmate) from getting the restorative sleep you need.

On top of missed sleep, sleep apnea is tied to some severe health complications, including:

The bottom line is that sleep apnea is far more than a snoring problem and requires expert diagnosis and treatment.

How is sleep apnea diagnosed?

The team at TMJ & Sleep Therapy of Utah has extensive experience diagnosing and treating sleep apnea, which typically starts with a take-home sleep study kit. This portable monitor records certain aspects of your sleep and all the details about the disruptions in your sleep.

When you return the monitor, your provider at TMJ & Sleep Therapy of Utah analyzes the data to determine if you’re suffering from sleep apnea.

If they find evidence of sleep apnea, the team at TMJ & Sleep Therapy of Utah uses the SICAT® system, which is a 3D dental system that creates an accurate, digital replica of your upper airway. Then, using CEREC® cone beam technology, the team creates a 3D model of your mouth, throat, upper airway, and all other supporting systems. By using these advanced imaging technologies, the team can better visualize any obstructions or constrictions in your airway that may be causing your sleep apnea. 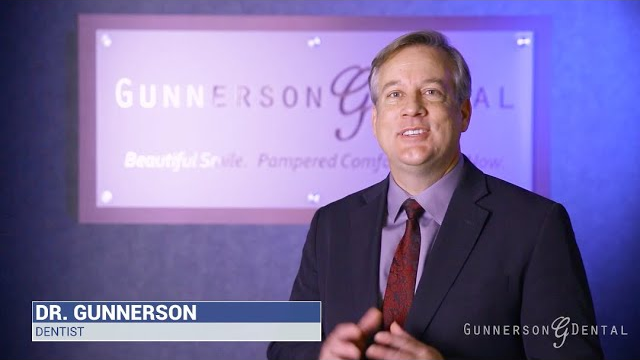 Sleep Apnea is a common problem for many adults and even some children. Doctor Gunnerson uses his personal Sleep Apnea experience to help his patients and other individuals in the community get the sleep they deserve. Sleep Apnea has been known to contribute to many more serious illnesses such as; depression, high blood pressure, heart disease, diabetes, weight gain, acid reflux and anxiety. Over 50% of the population has undiagnosed sleep apnea, and of those who have been diagnosed, 50% can't tolerate their CPAP machines. We offer a new, innovative, custom made, oral appliance that will give you that good nights sleep you deserve.
Video Transcript

Hi, I’m doctor Gunnerson with Gunnerson dental. Early on in my career, I learned how important sleep is to the overall health of an individual, but it really hit home, when I was diagnosed with Sleep Apnea. To me, being a dentist isn’t about just addressing and treating oral disease, but viewing the body as a whole. And this all starts with getting the rest we need to help the body heal and rejuvenate. Through my years of practice, I’ve attended many continuing education courses to keep up to date on how dentistry can help people get a better night’s sleep. I was one of the first to introduce digital dentistry in conjunction with the use of digital imaging, to aid in diagnosing and treating Sleep Apnea in Utah. By combining these two technologies at Gunnerson Dental, we are able to aid in the treatment of patients who have been diagnosed with mild to moderate Sleep Apnea. We use digital imaging to scan for airway issues which aids in the diagnosis of Sleep Apnea. We also use digital dentistry to create 3D models and images to design an appliance which can help reduce the amount of your airway obstruction.

We offer take home sleep study to our patients that exhibit symptoms of Sleep Apnea. We believe that to get the most accurate results, a patient should be at home in their bed going to sleep at their bedtime. Many of our patients who have taken a home sleep study have opted to have an appliance made to help them. They have noticed a significant change in better sleep and a decrease in daytime sleepiness. Our goal isn’t to just help you get a better sleep, but to help you have a better overall health. Sleep Apnea and the lack of adequate sleep has been found to increase your risk of heart disease, diabetes, cancer, depression, anxiety, and weight gain, to name just a few. My desires to help you have a healthier life. When I was diagnosed with Sleep Apnea, I was tired, I was worn out. I’d go home from work and fall asleep on the couch exhausted. Since treating my Sleep Apnea with their oil appliance, I have more energy. I’m spending more time with my family. I’m more focused at work. I have a more positive outlook on life. Life is too short and kids grow up too fast. At Gunnersen dental it isn’t just about your oral health, but about you and your family. We want you to have a healthy, happy life.


How is sleep apnea treated?

With the information the team gathers using advanced imaging, they create a personalized treatment plan that’s based on the precise cause of your sleep apnea. One of the best ways to treat sleep apnea is through an oral appliance that prevents the soft tissues in the back of your throat from collapsing. 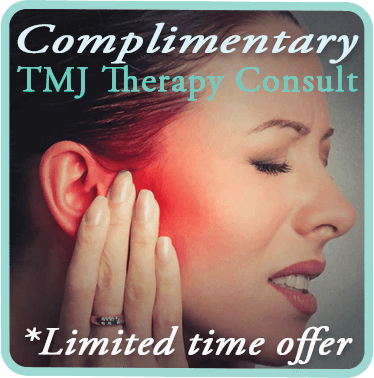 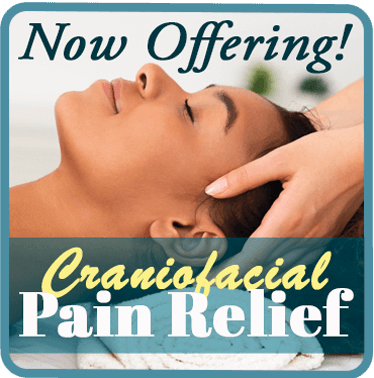 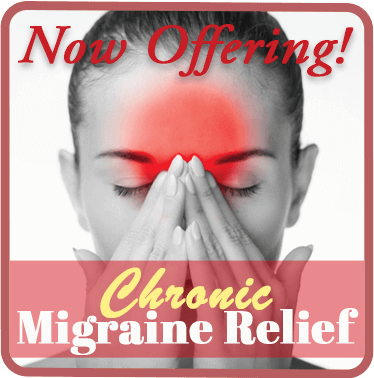 Because your oral appliance is created from the digital replica of your oral structure, the device fits comfortably in your mouth for overnight wear, allowing you to get a good night’s sleep.

Another great advantage of this sleep apnea solution is that the oral appliance is far cheaper than alternative treatments like a CPAP machine. 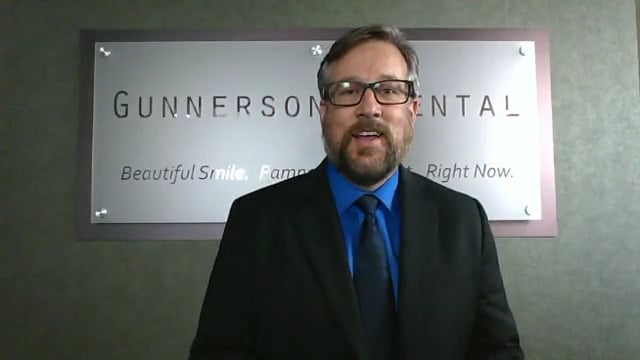 On this Facebook Live session, Dr. Gunnerson discusses how sleep apnea is treated, what a sleep study does, kids’ sleep apnea, and the different devices used - SomnoMed and OptiSleep. He displays some samples for the audience to get a better idea and tackles questions sent by audience members. Call 801-658-0102 for your free consultation with Dr. Gunnerson if you believe you have sleep apnea.
Video Transcript

Dr. Cheyn Gunnerson answers all your questions on sleep apnea. 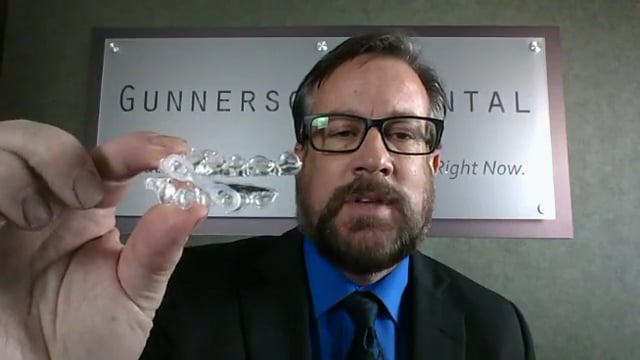 What is sleep apnea, the different types of apnea – obstructive and central, the signs and symptoms of the sleep disorder, its short- and long-term consequences, how the condition is diagnosed and treated, the benefits of oral appliances vs. CPAP machines; these are some of the questions tackled by Dr. Cheyn Gunnerson in this, his first live Q&A session.
Video Transcript 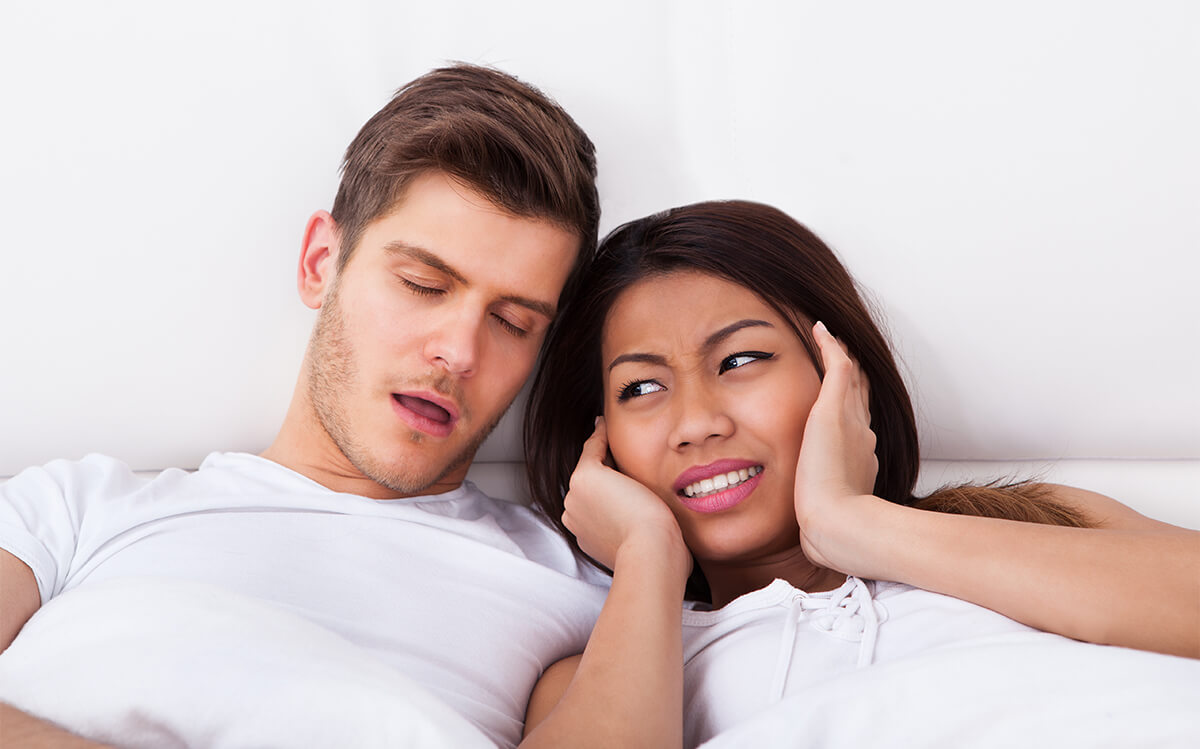 Get Better Rest with Sleep Apnea Treatment from Your Dentist

Did you know that snoring is more than just a nuisance? In fact, habitual,
Continue Reading 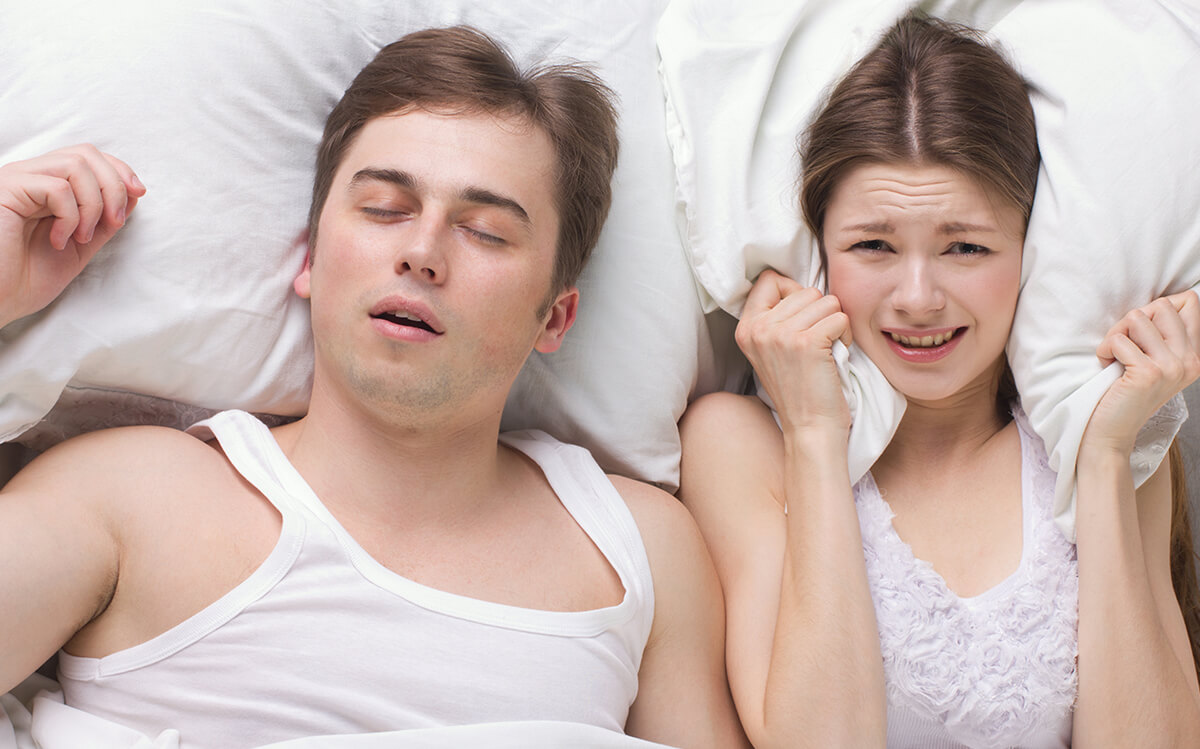 Get Better Rest with the Help of a Sleep Apnea Dentist

If you feel restless during the day, it could mean that you are one
Continue Reading 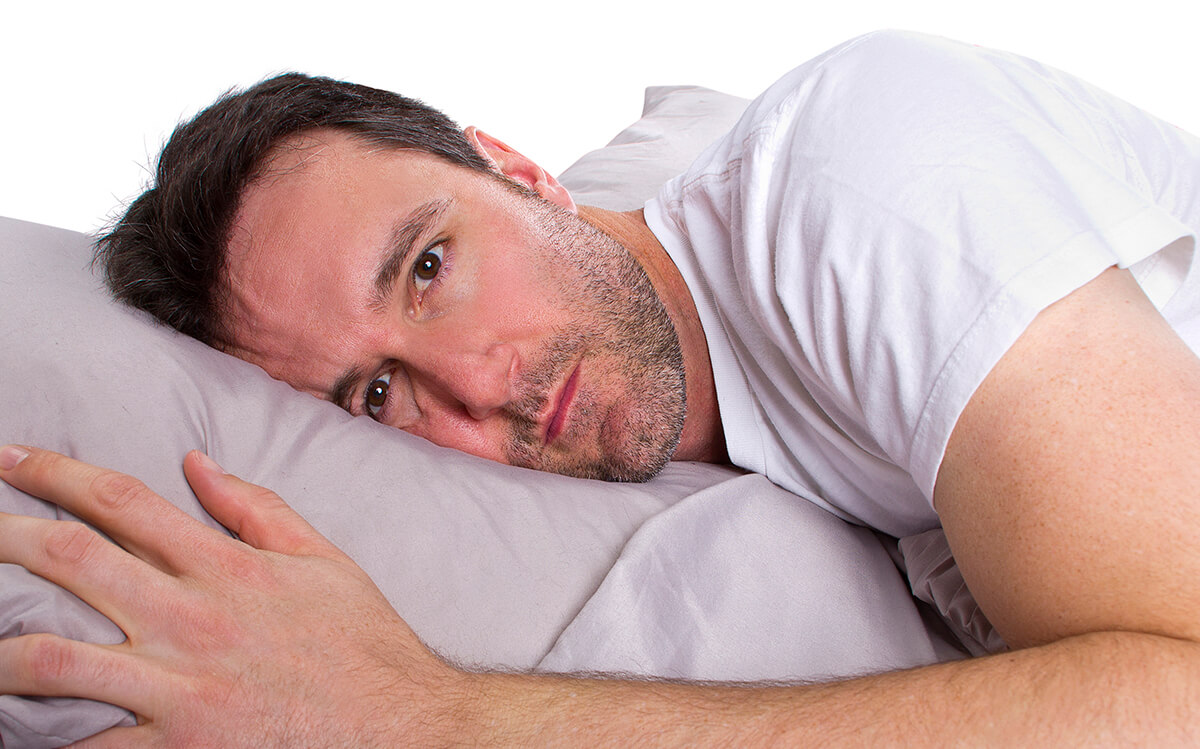 Dentistry Solutions for Sleep Apnea: get a good night’s rest and reclaim your health 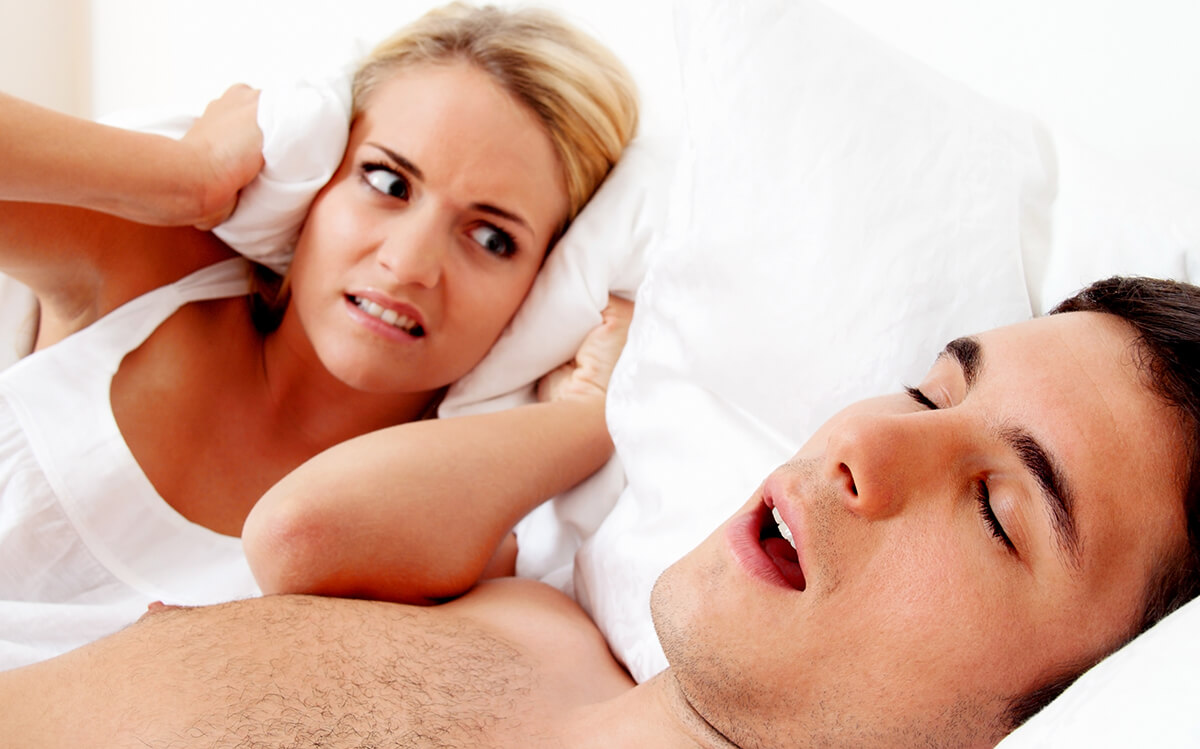 Diagnosis and treatment of sleep apnea

Dr. Cheyn Gunnerson provides personalized dental care in a comfortable environment in Payson. Click below and reach out to TMJ & Sleep Therapy of Utah to meet Dr. Gunnerson and his team in person for all your smile and oral health care needs!